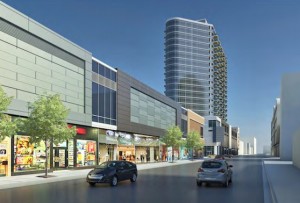 NEWCITY is Bringing 370,000 Feet of Retail to Lincoln Park

NEWCITY is the largest construction project in Chicago and the only thoroughly mixed-use, entertainment-driven development, old or new, in Lincoln Park and the Near North Side. Conceived in 2007, the 8.5-acre project pushing south from Clybourn Avenue and Halsted Street has kept the same layout but juggled its balance of uses through the market’s implosion. Structured Development bought the site from the Metropolitan YMCA but had to go shopping for a new partner and lender a short time later. Bucksbaum Properties got involved and a plan for 484 condos became a plan for 199 apartments. Both were lucky not to have sunk real capital into the site until after the Great Recession. 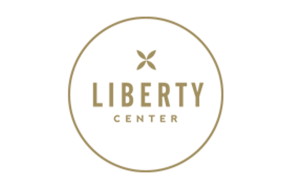 CINCINNATI—AC Hotels by Marriot will open a new location by fall 2015 at the Liberty Center, the new $350 million mixed-use project located at the I-75 and SR 129 interchange, according to Yaromir Steiner, the chief executive officer of Steiner + Associates. Steiner has joined with Bucksbaum Properties to develop the center, which will feature more than 800,000-square-feet of retail, more than 75,000-square-feet of office space and approximately 220 residential units, spanning 64 acres. 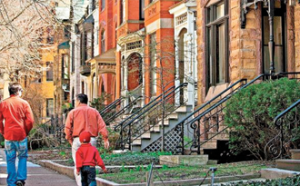 The biggest downside of this historic lakefront area may be its sheer popularity. Last year the median sales price for houses here was higher than anywhere else in the city except the Near North Side (which includes the mansion-packed Gold Coast). No wonder, with the combined riches of the Lincoln Park Zoo, the Peggy Notebaert Nature Museum, North Avenue Beach, and the Alfred Caldwell Lily Pool.

Education is a huge draw too. Lincoln Park High School ranks among the city’s 10 best public high schools, according to a 2012 Chicago analysis, and Lincoln Elementary among the city’s 15 best public grade schools. Next year, the latter will open a classroom annex with a playground-topped roof—“great for the school,” says resident Kathy Baggs, who has one child there.

For good deals on enticing real estate, visit the Clybourn Corridor at Lincoln Park’s western edge. It bursts not only with big-box retailers but also with relatively affordable condos. At presstime, a two-bedroom duplex loft there was listed at $310,000; a townhouse in Terra Cotta Village, a gated neighborhood just east of Clybourn, at $355,000. And housing options will soon grow. A mixed-use development at Clybourn and Halsted called New City will add 200 new apartments and 360,000 square feet of shopping and entertainment by late next year. 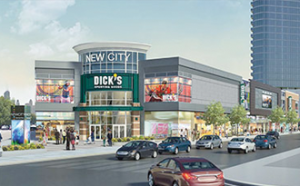 Chicago — Bucksbaum Retail Properties LLC, Structured Development LLC and institutional investors advised by J.P. Morgan Asset Management have begun construction on New City, a 500,000-square-foot mixed-use project in Chicago. The development team received a $182 million construction loan to build New City. The development will be located on 8.5 acres at the intersection of Clybourn and Halsted streets in the city’s Clybourn Corridor. The project will feature 360,000 square feet of retail and a 200-unit, 16-story residential tower when it is complete in fall 2015.

Mariano’s Fresh Market and Dick’s Sporting Goods will anchor the retail component of the project. The Mariano’s store at New City will be the grocer’s largest one in Chicago. The project will also feature new-to-market retailers ArcLight Cinemas, Earls Kitchen + Bar and Kings Bowl. 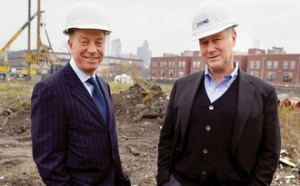 Why New City success means little for the rest of Chicago

The New City shopping center under development near Lincoln Park is adjacent to the city’s hottest retail district, close to some of its wealthiest consumers and led by a pair of experienced developers. So the fact that it is about to get a whopping $182 million construction loan is both good news and bad.

The loan—the biggest local construction mortgage since the builders of a luxury Lincoln Park condo reeled in $170 million three years ago—will end an agonizing six years since a development group bought the 8.5-acre site near Clybourn Avenue and Halsted Street. 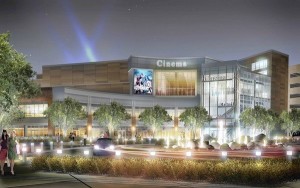 We keep hearing it: The theatrical exhibition component of the movie business is on a slow fade to extinction. Well. Besides taxes, cockroaches and “Two and a Half Men,” what isn’t going away, ultimately?

Try telling that to ArcLight Cinemas. The prestige wing of the Pacific Theatres chain, ArcLight opened a 14-screen multiplex in Hollywood in 2002 and audiences love it. I’ve been; I love it too. It’s a swirl of complementary pluses, from gift shop to adjoining bar and restaurant to seriously comfy seats. I’ve always been mixed on the assigned-seating policy (not unique to ArcLight) but the ambience works. Excellent sound. Adult beverages, no annoying ads, no late seating. Texters, I believe, can be shot on sight. 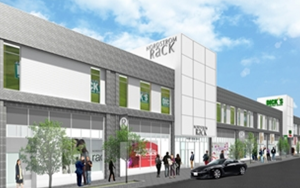 At time when many lenders are still skittish about retail real estate, a venture led by developer Rob Bond has landed $53.4 million in construction financing for a proposed South Loop shopping center anchored by Dick’s Sporting Goods.

BMO Harris N.A. and PrivateBank & Trust Co. have agreed to split equally the financing for the Maxwell, a 230,000-square-foot center near Roosevelt Road and Canal Street, said Mr. Bond, who is developing the two-story project in a joint venture with Bucksbaum Retail Properties LLC.

Construction has started, with the project expected to open in September 2014. 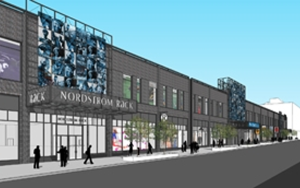 Dick’s Sporting Goods Inc. has signed a lease at a proposed South Loop shopping center, a deal that would give the retailer its first store in the city.

The suburban Pittsburgh-based sporting goods merchant plans to occupy a 61,000-square-foot second-floor space at the Maxwell, said Rob Bond, president of Chicago-based Bond Cos., which is developing the 230,000-square-foot mall at Canal Street and Roosevelt Road. He declined to discuss terms of the deal. 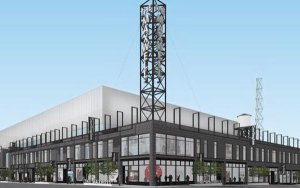 Nordstrom Inc. plans to open a 36,500-square-foot Nordstrom Rack next year at The Maxwell in the South Loop.

The 230,000 square-foot Maxwell development north of the intersection of Canal Street and Roosevelt Road in the South Loop is a joint venture between Bond Cos. and Bucksbaum Retail Properties.