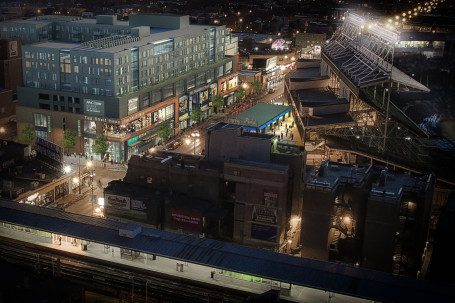 Located in the shadows of historic Wrigley Field in the desirable Lake View or “Wrigleyville” neighborhood of Chicago, Addison & Clark is a once in a generation opportunity.  Ideal neighborhood demographics and dense resident population base, unsurpassed mass-transit access and year-round visitor traffic distinguishes Addison & Clark from any other location. Addison & Clark has it all – Be Part of the Action!

The market dynamics of Wrigleyville are unmatched. Traffic generators that will drive customers to  Addison & Clark year around include:

Population and demographics are equally impressive resulting in an untapped residential marketplace for the savvy retailer:

The Chicago Cubs Organization and Ricketts Family Development have recognized the overwhelming potential in the Wrigleyville market as well and are investing heavily into the neighborhood including: